Tremblant, Eastman and some warm weather

I have managed to get out of the city a couple of times in the past couple of weeks, just it time to enjoy some very nice weather. Two weeks ago, Alex was teaching a leadership seminar at the "Grand Lodge" at Mont Tremblant. I joined her with Oscar as Jules stayed at home with my sister, her boyfriend and then my mother.

Going to Tremblant is bittersweet now that I no longer have a race car, but I still really like the place. Our hotel was not modern, but it was really nice. Our room had a full kitchen and two sleeping areas, which is nice when you have a not-quite-5-month-old with you. Oscar did not sleep especially well in our travel crib, but he was generally in a good mood. Between feedings, I had plenty of time to explore the area in the BMW. Although I already knew the area a bit, I discovered two fantastic new driving roads. The first is the road that leads from the ski resort to Lac Supérieur. To get to it, you just drive to the resort, then instead of turning left into one of the parking areas, you continue straight on.

The road is about 15 km long and features smooth asphalt and many turns of varying degrees, as well as elevation changes. I was really happy to be driving a car like the M3. Although by modern standards, the M3 is not terribly fast, it is an extremely pleasant car to drive on mountain roads with the windows down and sunroof open (Oscar did not object to any of this).

The second road I discovered was the back road to the little town of Labelle, north of Tremblant. It takes a while to get to Labelle from Tremblant if you take the main highway, the 117, but I noticed that just before one arrives at the village of Tremblant, there is a turn-off that leads to Labelle. The road was far from smooth, but still very pleasant. The M3 did well soaking up the bumps with its relatively soft suspension.

We were in the area from Thursday evening to Saturday afternoon. I could not help but drop by the track on Friday, but there was nothing going on. I tried again on Saturday, and came across a private testing day. I saw a few cars I knew and bumped into Pierre, a former race school student of mine who has a bunch of cool sports cars in his stable. He was getting to know his new Radical on the track. There was also a Subaru race team, a few GT3's, a new McLaren 650S, a new Volvo S60 Polestar and, to my surprise, a Maserati 4200GT track car. I was never much of a fan of these care visually, but it was nice to see one with proper track wheels, a roll bar and race seats. I timed a couple of the driver's laps at 2:06, but I bet the car can go quite a bit faster than that in the right circumstances.

Oscar and I also walked around quite a bit, in the village, the tourist village and the downtown areas, but the drives were more memorable than the walks. I had forgotten how engaging and pleasant it can be to drive a fun car on the streets. It is nothing like driving in the city, constantly avoiding obstacles and terrible drivers, as well as sitting in traffic and waiting at lights.

The following weekend, the four of us headed to Eastman to Alex's mom's boyfriend's chalet. The weather was pleasant, bordering on hot, and we did not spend that much time out walking as a result, but it was still a nice getaway.

Other car-spotting in and around Montreal: 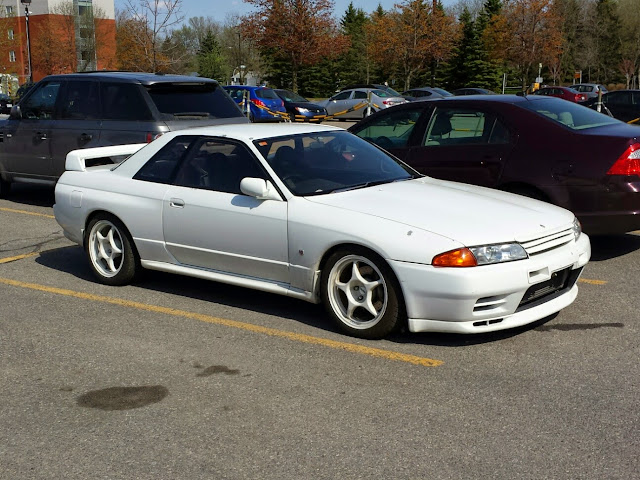 As I continue to think about what my next car will be, I realize that the last Civic model that I really liked was this one: 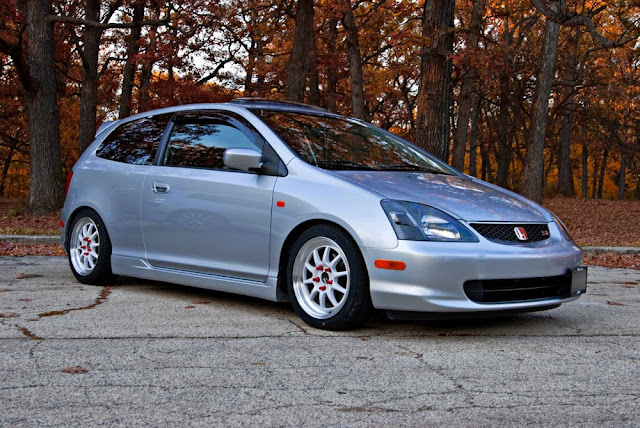 Posted by Vincent Basile at 10:44 AM No comments:

Jules had his third ever haircut last weekend, and unlike the other two times, he did not cry at all. He was actually in a pretty good mood the whole time.

As spring continues, more and more people are rolling out interesting cars.

Posted by Vincent Basile at 7:30 PM No comments: