How about some more snow?

This was my walk to work this morning! 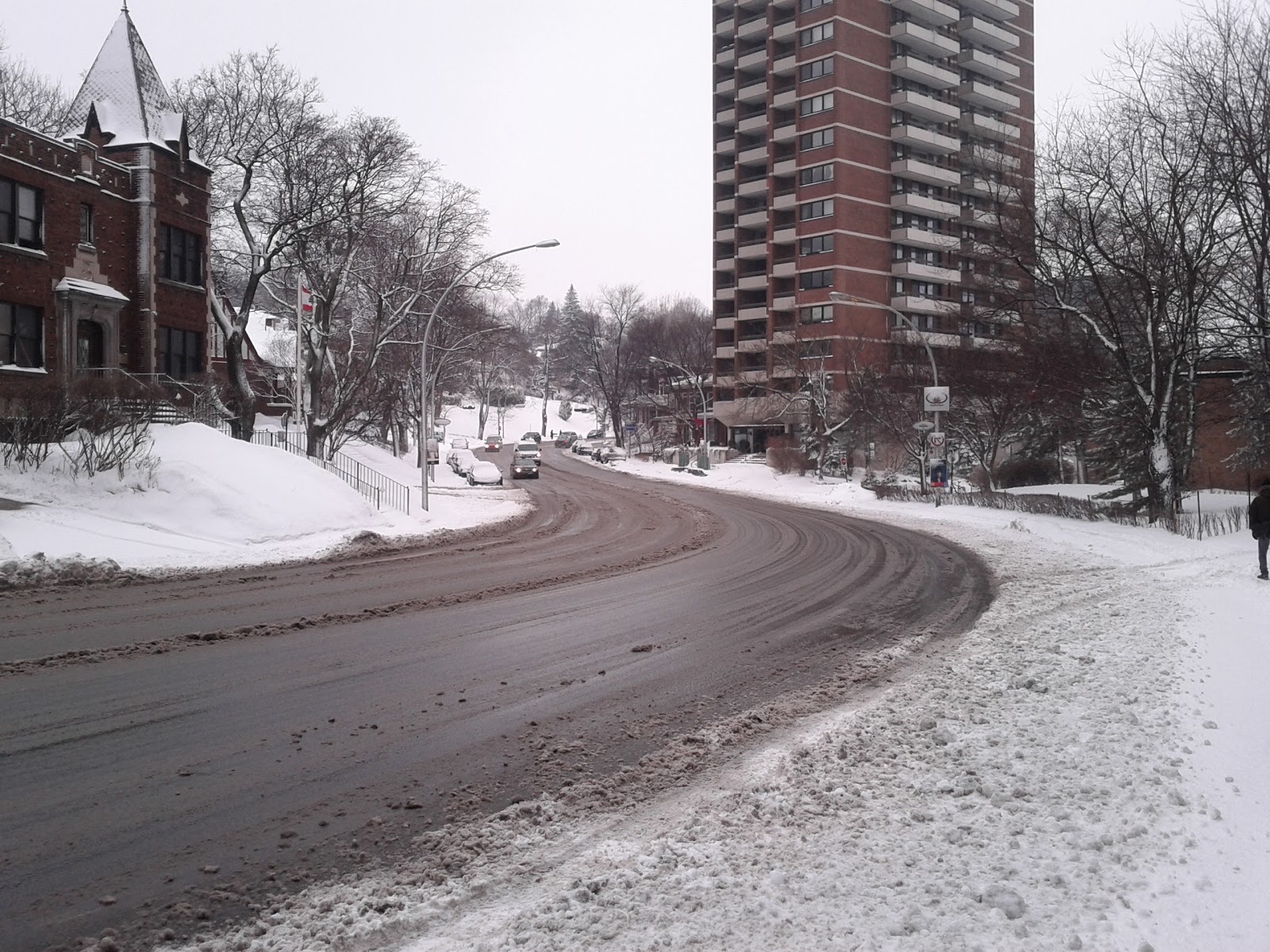 Oh, and I saw this near the office yesterday... cool car for winter! 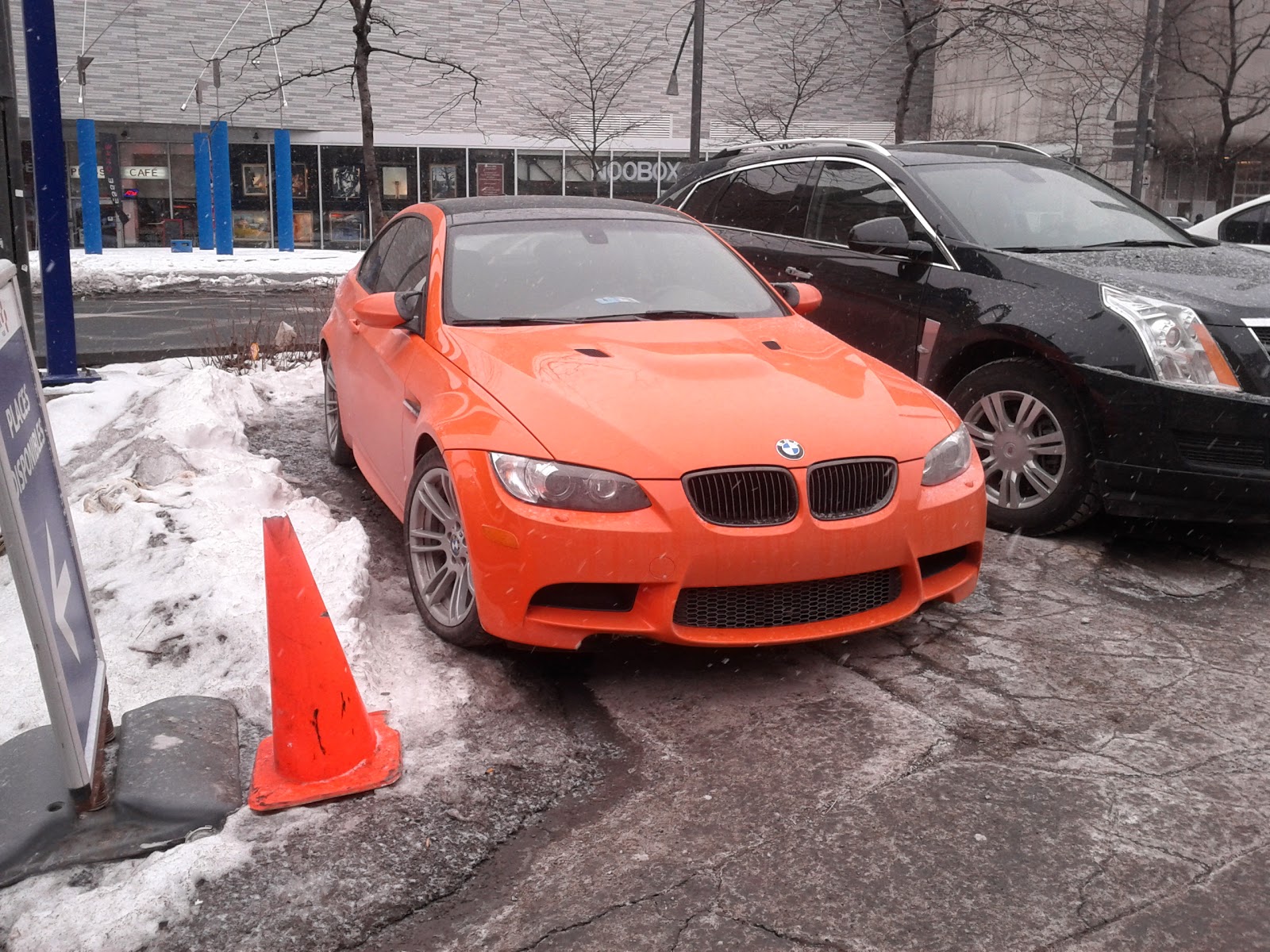 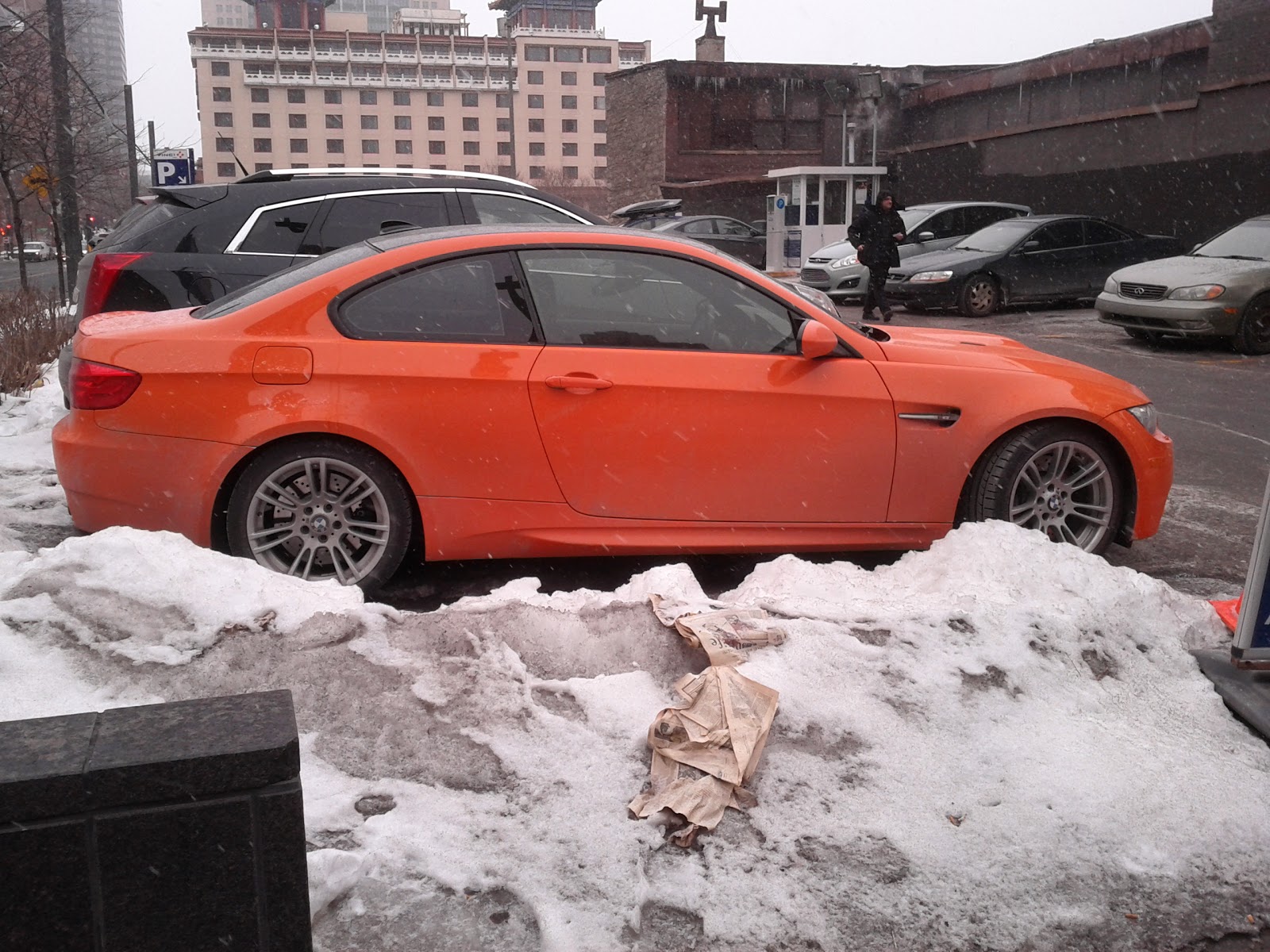 I don't want it to seem like I only use this blog to complain about the weather, but it was -12 degrees when I walked to work this morning. There is still snow everywhere. It really looks like mid-winter out there. I wish I had the time and budget for a vacation somewhere hot! I can't believe we will be in April next week.

There has been no progress on the race car, other than that I have brought Pat almost all the parts he could need to get started. We have yet to pick up the engine I bought, as I am waiting until the last minute so that we can see it run during its short warranty period. I can't even imagine when the car might be ready to drive... it seems so far in the future. At least the BMW is reliable and always available.

My basketball team won its first playoff game, the first in a best-of-three semi-final. Game 2 is tomorrow. I think my team is solid and we could go all the way. We'll see in the coming weeks!

Posted by Vincent Basile at 3:45 PM No comments:

March 17th and it was -19 degrees this morning.

When will winter end? We got 15 cm of snow last week, followed again by freezing weather for several days (Saturday excepted).

The Formula 1 season started yesterday, and Jules and I watched the first race together. Jules had his own single-seater. He likes to grab the horse's nose to make it stop...

Our summer travel plans are coming along, as we have booked our hotels, our flights, our Goodwood tickets and our rental car. I can't wait until summer!

Winter is dragging on...

The temperature is still dipping down close to -20 almost every night. I can't believe that we'll be holding a race school at the track in only a few weeks.

I finally received all the parts I had ordered for the Civic and delivered them to Pat yesterday. The car looks so sad, sitting on Pat's trailer with its 14-inch winter wheels. I really look forward to driving the car, even on the street, just so I can see what the new engine is like. Also, it's nice to drive a car that is completely different from the BMW. 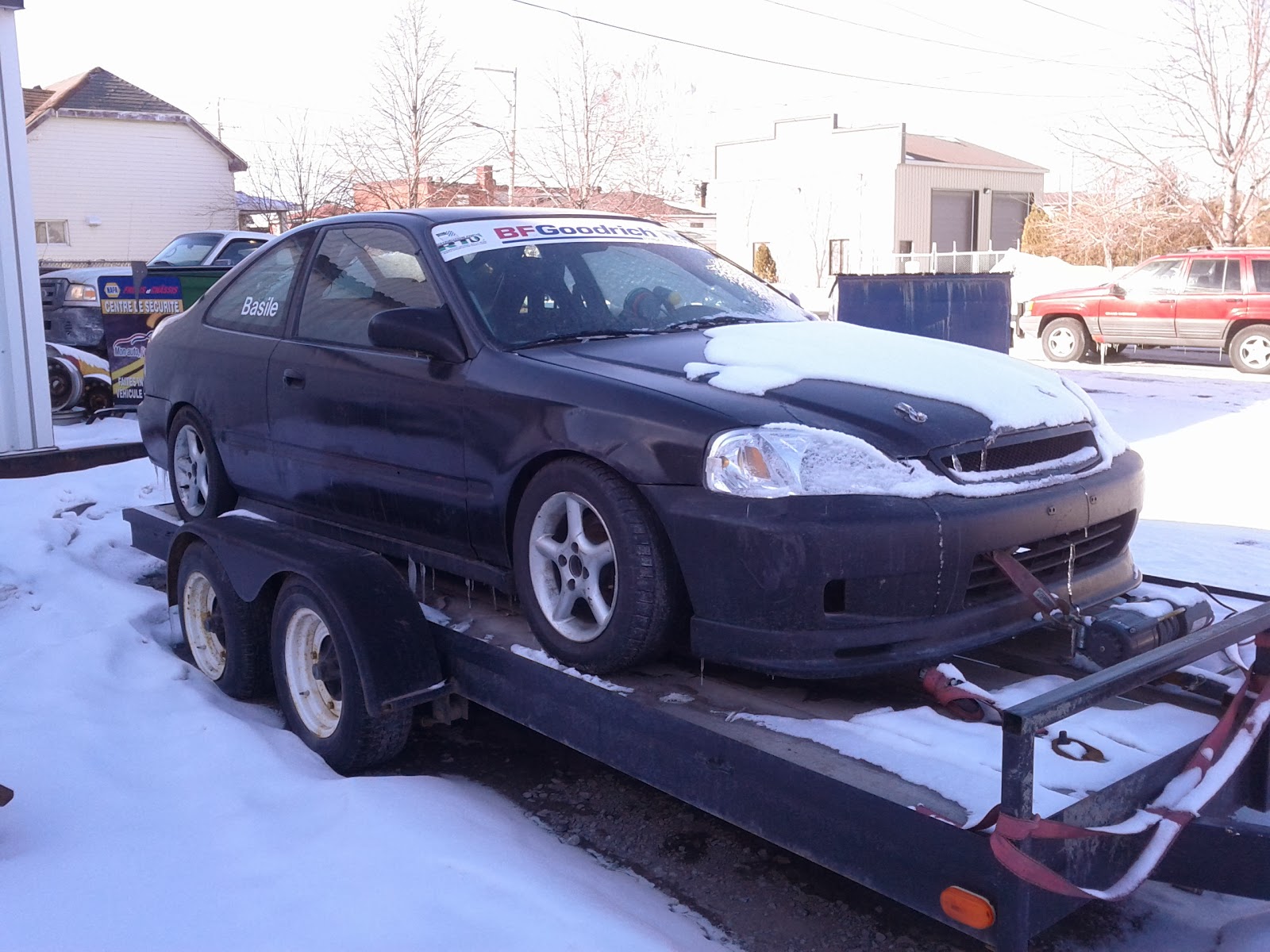 I actually washed the BMW the other day, but it only stayed clean for about 15 minutes... 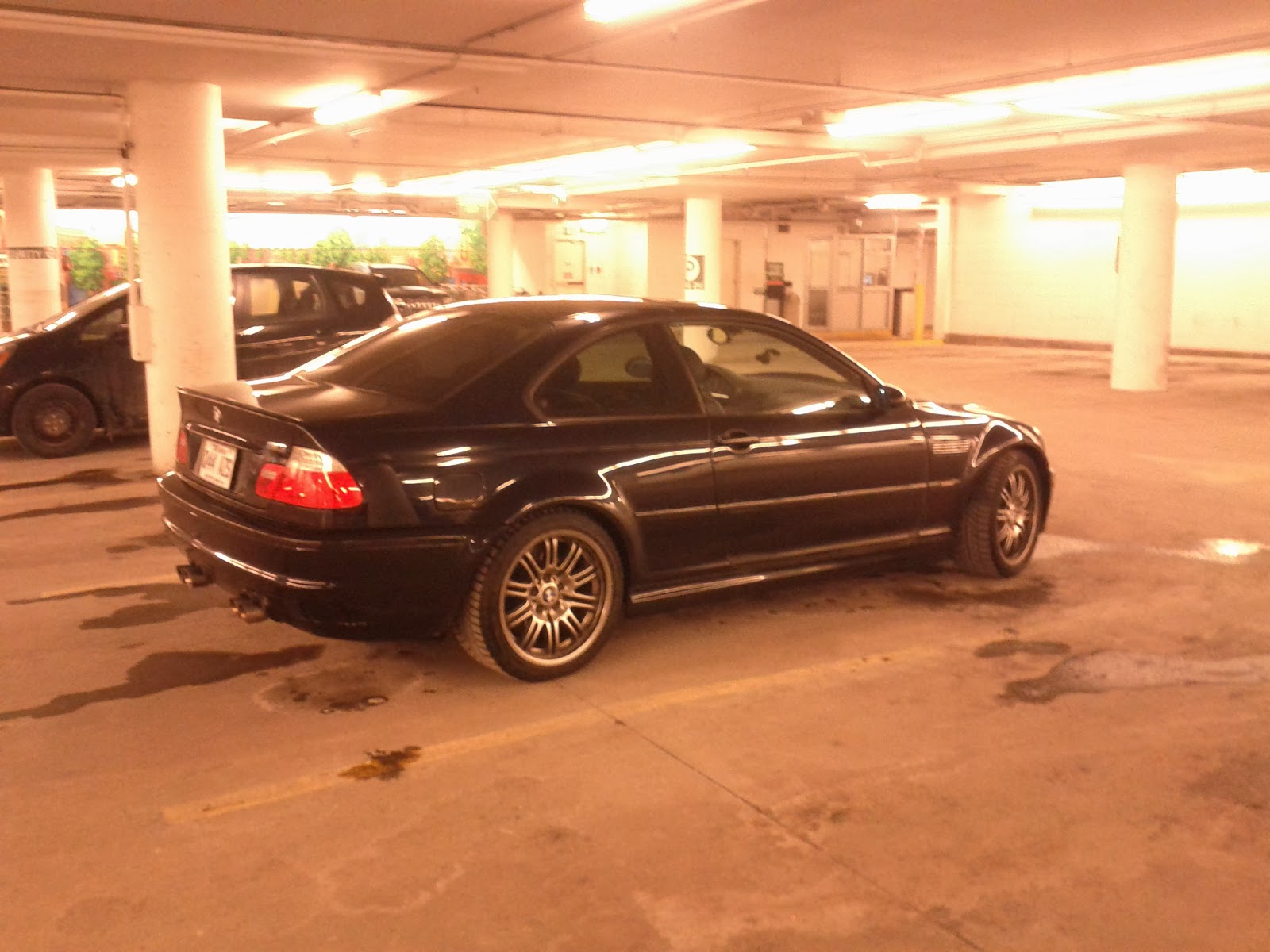 When Jules saw the above photo, he not only said "car" (which he says whenever he sees a picture or video of a car, and even sometimes when he mistakes something for a car), but he actually said "our car". I was impressed!

I've been playing with my new camera, but have not really managed to take any nice pictures indoors, while it has been too cold for me to try some outdoor shots. Hopefully I will have something to post for my next post!


Posted by Vincent Basile at 2:24 PM No comments: