Summer is here and we're busy!

As I mentioned in my previous post, we bought a new condo and will be moving at the end of summer. We have decided to try to sell our current place using Duproprio. Our first open house will take place this Sunday. The new place has two more bedrooms, a garage and indoor storage room. It's less than one kilometer from our present condo. It should be great!

We have been busy getting the condo ready to sell since our return from vacation. I have not had much time to devote to the Civic, but Pat is working on the engine and Pascal, on the tranny. Hopefully all will be ready for the race weekend at ICAR on July 6th and 7th.

On St-Jean-Baptiste Day last Monday, we met our friends Nico and Solenne at a campground in the Eastern Townships and Jules got to try swimming again. I know everyone thinks their kid is the greatest, but I could not believe how comfortable he was in the water. As I carried him around, he kept trying to jump out of my arms. I dunked him under the water a couple of times and he didn't seem to mind at all. OK, so that is nothing special... but then I borrowed some water wings and put them on his arms, and when I put him in the water, he started swimming on his own! I even have it on video. Of course, he could not fully keep his head above the water and ended up swallowing some, but he was swimming totally on his own. I was astounded that a 10-month old with almost no experience of even being in a pool could do this. Just wow!

Other than that, you can tell it's summer by the insane amount of cool cars out there. 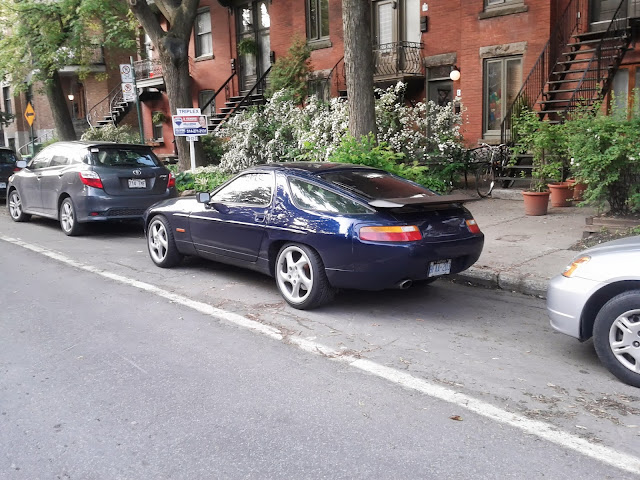 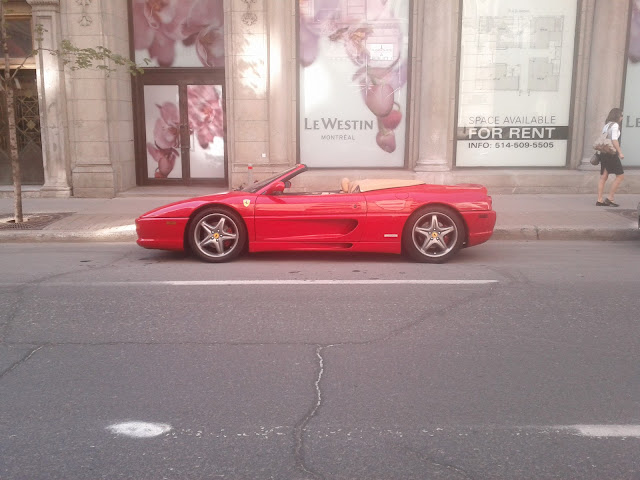 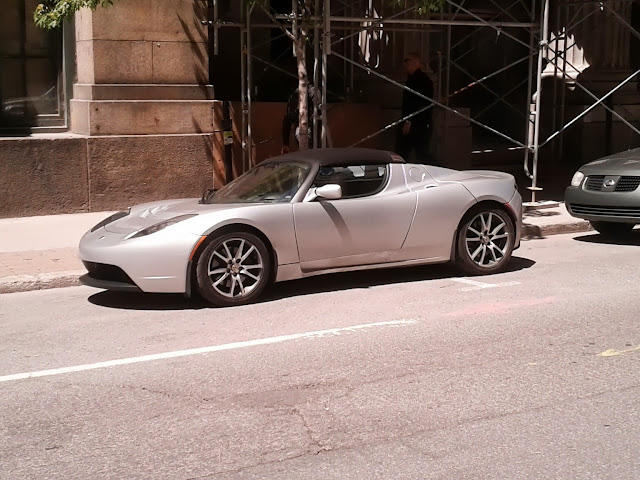 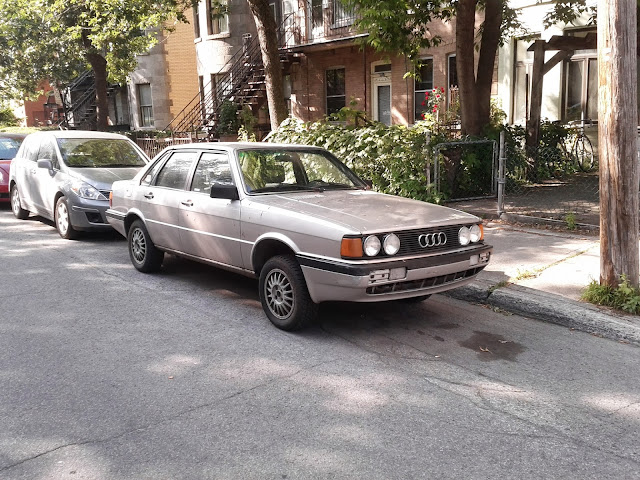 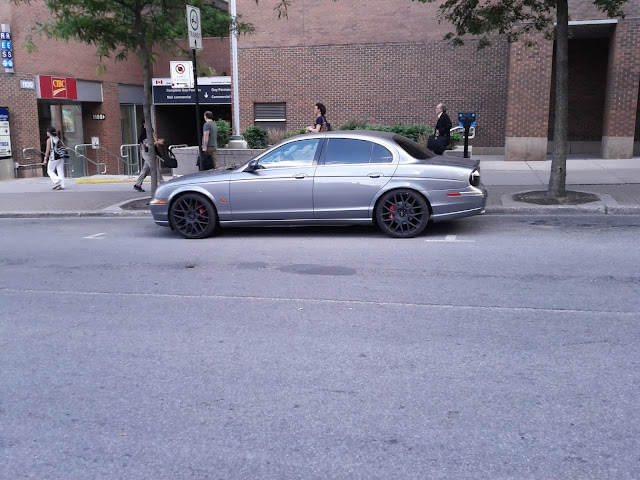 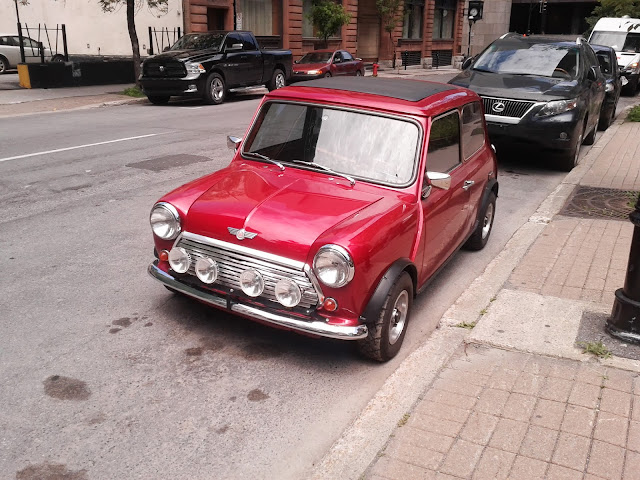 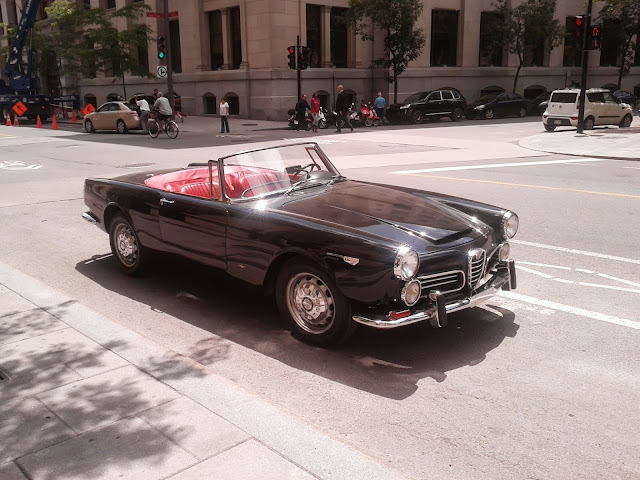 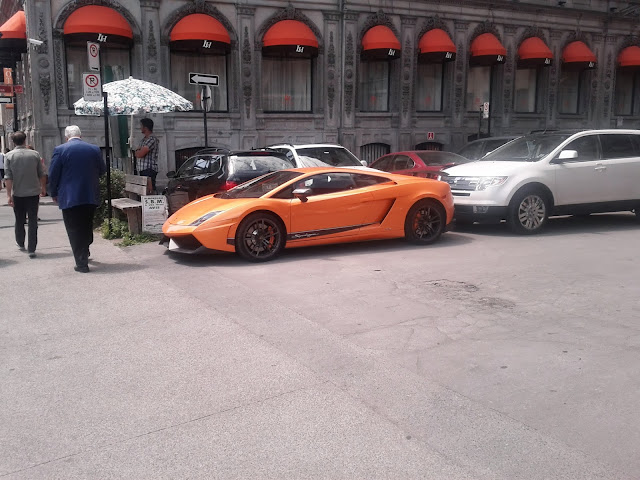 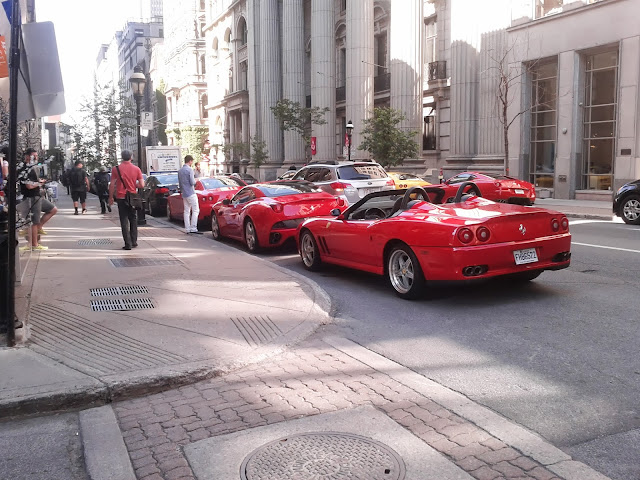 Posted by Vincent Basile at 3:34 PM No comments:

Much to catch up on!

Since my last post, we have been on a family vacation to Spain and bought a new condo. As a result, I haven’t had much spare time. We have to move quickly to sell the condo we live in, hopefully before the end of the summer!

In chronological order then…

The trip: we left for Spain on May 31st and returned June 17th. We flew to Barcelona. We had reserved a baby bed for Jules and it was great, as he slept for a good portion of the flight.

We took a cab straight to our hotel and, ss was to be the case throughout the trip, Alex had chosen us a great hotel. The Century Park was located in the quiet Eixample district. We visited most of the famous sites in the city. The atmosphere was great, as was the food.

We ate excellent pastries which were generally very inexpensive. The Sagrada Familia is the most incredible building I have ever seen by far. Jules was super well-behaved and followed us everywhere in his stroller. 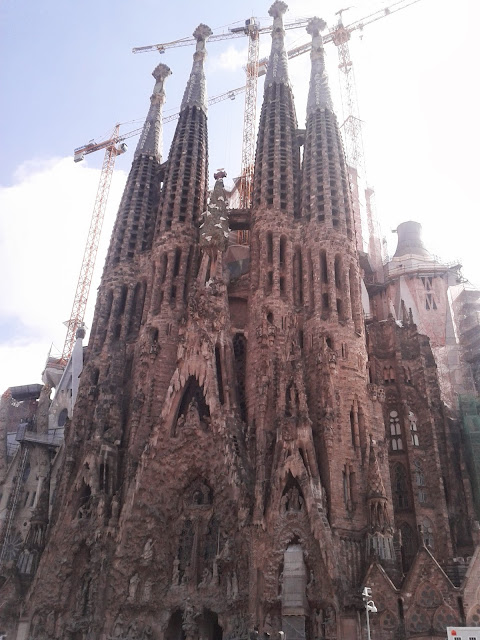 After three days, we picked up our rental car, a BMW 118d, to begin the driving part of the journey.
A few words about the 118d: the interior does not feel as “premium” as most BMW’s I’ve driven. The ride and handling are excellent. The rear seat space is quite limited for adults. The trunk is smaller than I had expected. The turbo diesel engine has great torque and awesome fuel mileage. The shift action is light compared to my M3, almost like a small Japanese car. The car cruises effortlessly on the highway. The AUX function on the radio never worked and I was stuck listening to radio stations, which seemed to have very limited range. All in all, it is an excellent car. I would love to try the M135 version.

So anyway, we first tried the non-toll roads when leaving Barcelona. The road was as winding as any I’ve ever been on and I was too busy driving to even look out at the Mediterranean. We switched to the highway and chose to save a couple of hours (at a cost of 35 euros).

In Valencia, I dropped off Alex and Jules and managed to score a free parking spot. We spent three days in a lovely hotel in a neatly restored building, right on the outskirts of the historic center of town. We walked a lot, as we had in Barcelona. The science and arts pavilion is impressive, but I preferred the old town. It was starting to get hot and I looked forward to getting to a beach.

Our third destination was Calpe, a beach town. I knew nothing about this town, but, as usual, Alex had chosen wisely for us. I was really impressed with the beach and with our luxury hotel. Again, I managed to find free parking for the three days. There was a wide selection of restaurants with sometimes ridiculously low prices (appetizer, main course, half-bottle of wine, dessert coffee and liqueur for 10$!).

Jules got to try “swimming” in the pool and, after a couple of tries, he was really enjoying it. The Mediterranean itself was much colder than expected. Luckily we had the pool! I watched the Canadian Grand Prix live from our hotel room.


Our next stop was the historic city of Granada. The city was like a maze. Every time I tried to improvise to get somewhere without looking at the map, I would get lost. Again, we had a very nice hotel room in a restored historic building and we were in the heart of the old town.

We walked and walked, visiting all the interesting neighbourhoods and the Alhambra (nice, but nowhere near as interesting as the Sagrada Familia). Did I mention I somehow found free parking yet again? 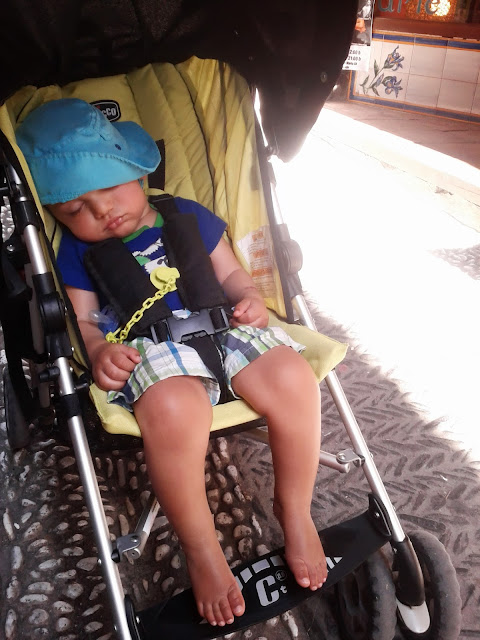 After three days in Granada, we headed to our final destination, Madrid, where we managed to gas up and drop off the BMW on time. Our hotel was a bit less high-end than the others had been (as well as less expensive), but it was in a good location and had all we needed: TV, wi-fi, a fridge, air conditioning. We visited as many of the major sites as we could in three and a half days and I was surprised to note that Jules was not limiting us at all in the number of sights we could see on any given day. We visited the royal palace and the Queen Sofia museum, where they had a major Dali exhibition. We continued to eat well and economically. It was very hot, over 30 degrees every day, often until 9:00 pm or later. Luckily, it was quite easy to find shade and cheap beverages. We took a taxi to the Madrid airport (not the nicest or most modern… nowhere to plug in a laptop in the waiting area). Jules slept a bit but woke shortly after take-off. We again had the little baby bed, but J. categorically refused to sleep in it.

Luckily, he remained in a good mood for the almost 8-hour journey. We were glad to be home, although Alex always gets a bit sad at the end of a trip like this.

Spain is a beautiful country with lots to see and surprisingly affordable food. I would recommend it to anyone. Of course, it helps if you have a great planner for the trip like we did. Thank you Alex!

Posted by Vincent Basile at 2:45 PM No comments: