Jules' first day at the track!

I decided that, in order to do some pre-season testing on the Civic, I should head out to Sanair for the BMW Club of Quebec open house. I brought along Jules and my sister Val in the BMW, and Pat and his dad Alain met me there with the Civic.

Jules did not seem to mind the noise and spending the day outdoors, although he was a little bit fussy at the end of the day.

The Civic performed flawlessly. Pat and I both managed laps in the 1:02 range with the BFGoodrich street tires we will be running in the Super Production Challenge.This is not bad, as we had passengers when we recorded these times.

The tires themselves are not great, but they are not terrible either. Pat seems to have a bit rougher driving style than I do, but he was a couple of tenths quicker on most laps too. My smoother style was a bit slower, but I think it was easier on the tires. Pat will be running the first SPC race next Saturday while our little family heads out to Calabogie for the second AISA race school.


Posted by Vincent Basile at 1:24 PM No comments:

Decided not to run the marathon...

I've quit the training for the Ottawa marathon. There are several reasons (also known as excuses)... I was sick for a couple of weeks. When I took a week off and got back to running, I actually felt fine. I was just not motivated, at the end of a long day, to go out and run for a couple of hours. The weather has been generally cold. More often than not, when I was out at night, it was near zero degrees. The basketball season just keeps going on and on (it's not over yet) and I decided I would rather have more free time. So there, I quit. So far, I don't regret it, as my days are still very full and I get to spend more time with Alex and Jules.

Jules keeps getting bigger... He can now safely sit in a shopping cart at the supermarket! 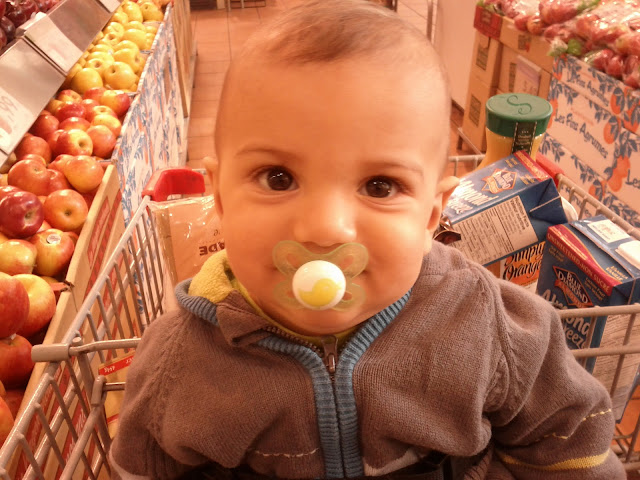 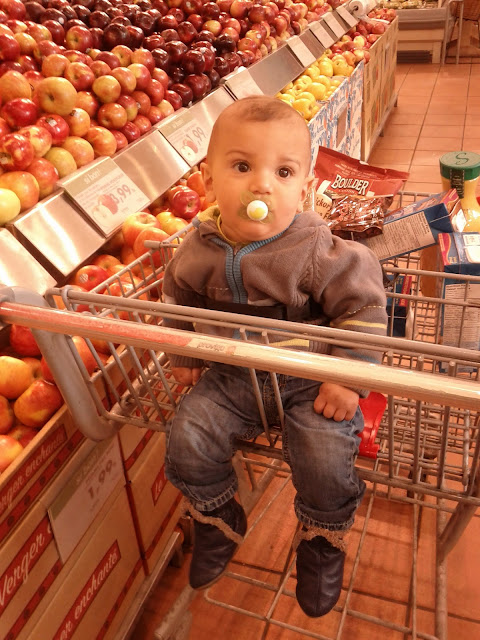 Our basketball semi-final was cancelled due to the other team being unavailable or not having enough players. So, by this stroke of luck, we will be playing in the finals next Wednesday. Unbelievable...

We held our first race school at St-Eustache this past weekend. My car was not ready, so I didn't actually drive at all. We had a good bunch of students in the 400-level group, and all received race licenses. This tasty McLaren  was parked at the track, but was used in the school. I love this car in this colour! 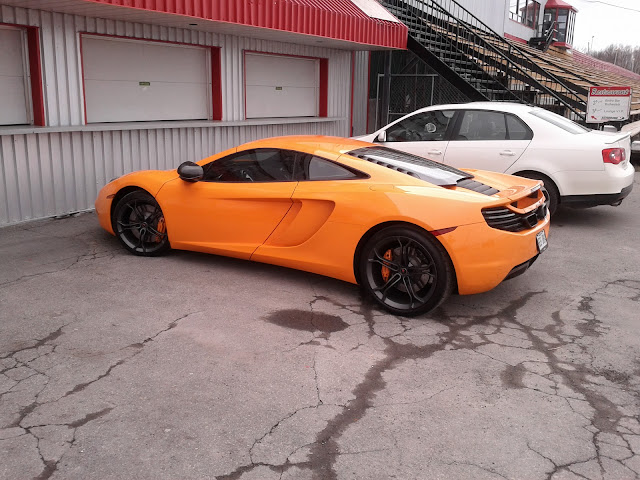 This weekend, I will attempt to make my way to Sanair to do some testing on the race car. Pat and I will have to take care of a few small jobs first, but we should be able to do this Friday night. The first race is next weekend, and Pat will be driving, as I will be at the Calabogie race school.

The Diamonds are in the semi-finals!

I can't believe it, but my boys' team, which wasn't even supposed to be in the playoffs, has won it's quarter-final game today, by a single point! They were behind the whole game, except for a couple of minutes in the first quarter. I think we were down by 6 with a minute to go. They played super aggressively in the final minutes, but without too many fouls, as the other team was in bonus. Then, with 4.4 seconds left, we were awarded 2 foul shots, and one went it. The other team could not score in the last 4 seconds and we stole a win. The boys were ecstatic. It will be a game for them to remember, that's for sure. 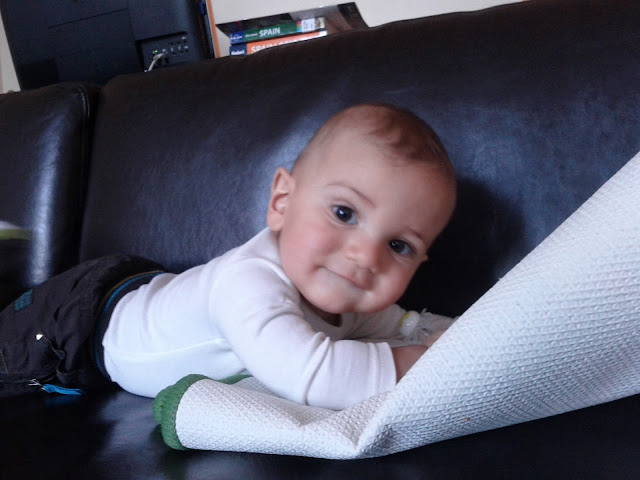 Alex and Jules are on a trip to visit her aunt in Victoria (along with Alex's Mom), so I have been able to catch up on some sleep here at home. I really need it, as I have been hammered by a cold that will not go away. Earlier on, I was continuing with my training runs, but I have had to skip the last two, as running seems to be prolonging the cold. I just hope this gap in the training does not hurt my marathon in May. I miss them, but luckily we can communicate with Skype.

The race car body work is done and Pat and I have decided to run the first two races with the engine as-is, while monitoring the oil level. After the first two races, there is a 6-week gap and we will have time to do the partial rebuild we have been planning. We should be in a position to do some testing at the St-Eustache race school in less than two
weeks.

My buddies are heading to Watkins Glen to race in the Chumpcar Series this weekend, but for the price of some decent seat time, I preferred not to attend. Besides, I have a couple of basketball practices to organize.

So for the rest of the week, I will concentrate on getting healthier and trying to organize the beginning of the race season, and the end of the boys' basketball season.

It's taken until the last day of the Easter long weekend for me to find time to post here! Jules is napping as I type this. Alex says she heard him say "papa" this morning. I wish I had heard it myself!


After a final dumping of snow a couple of weeks ago, it finally feels like spring has arrived (even though the temperature will dip below 0 several times in the next few days). I guess I will have to buy some summer tires for the BMW!

I'm actually glad it's warming up a bit, as I have been running four times per week in training for the Ottawa marathon and it's been less than pleasant running on the damp and freezing road. I have had a nasty cold for the past few days, which hasn't made things any easier.

My boys did not play very well in the tournament, winning only one game against a very inexperienced team. However, I was impressed by their serious performance in the last regular season game. Unfortunately, they lost by one point. Somehow, we were still awarded a playoff spot and will be playing in the quarter-final on April 9th. I hope they can bring their A-game once again.

I have not done anything about getting the race car ready. Alex and Jules will be out of town next week, so I should be able to move on that project a little.

Other than that, it's been a busy time! The basketball season is not over, the running season is in full swing, the car season is about to begin and the baby season continues to deprive me of my morning sleep. Still, it's a happy time and it all seems to be going by so fast!


Posted by Vincent Basile at 1:26 PM No comments: